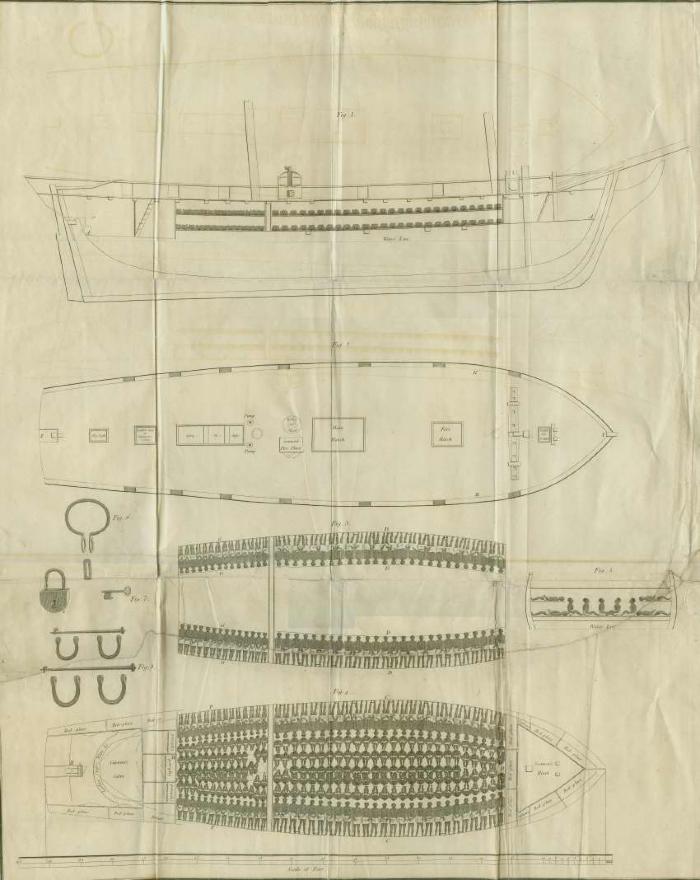 The French abolished their maritime slave in 1794, but it was reinstated by Napoleon when he became emperor ten years later and did not end until 1848. The British and Americans stopped participating in the trade in 1807 but, since slavery itself was still legal in the Caribbean and the Americas, the trade continued to be extremely profitable.

In 1817, at a conference in London that included representatives of Spain, Portugal and France, the British Foreign Secretary tried to secure an agreement that would end those countries’ participation in the trade. Spain committed to ending the slave trade north of the Equator immediately, and south of the Equator by 1820. It also agreed to give British naval vessels the right to apprehend suspected slave ships—an important concession because many illegal traders, including Americans, disguised their origin by flying the Spanish flag.

In 1822, the Vigilante, out of Nantes, France, was captured by a British anti-slavery squadron in the River Bonny, in modern Nigeria, together with five other slaving vessels from French and Spanish ports. Lieutenant Mildmay, who led the attack on the slavers, reported that many Africans jumped overboard during the battle and were eaten by sharks. Mildmay was so disgusted by the treatment of one young girl who was chained to the deck that he ordered the French captain to be placed in her chains after she was released.

This incident among others contributed yet more evidence of the horrors of the slave trade and its continuance. Abolitionists realized that the transatlantic trade would not end until slavery itself was eradicated. The engraving, together with the ship’s story, was featured in anti-slavery pamphlets published in France and England.

[i] The Case of the Vigilante, A Ship Employed in the Slave Trade; with some reflections on that traffic. Harvey, Darton, and company, London, 1823
[ii] "Affaire de La Vigilante, batiment négrier de Nantes" (Paris, 1823)